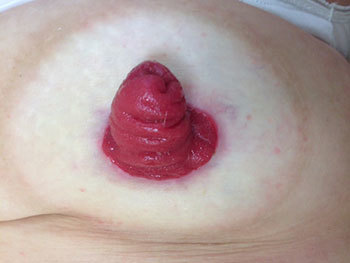 Definition: What is a stoma?

Stoma is a Greek word and medical term meaning ‘mouth’ or ‘opening’. A stoma is often described as resembling a spout or rosebud and is pink and moist, much like the inside of the mouth. Although it looks raw, there are no nerve endings in the stoma so it has no feeling.

Why do people have stomas?

Stomas are formed for many different reasons including disease, trauma or due to a birth defect. It is estimated that over 13,500 people undergo stoma surgery each year and the most common reasons for a stoma are colorectal cancer, bladder cancer, ulcerative colitis and Crohn’s disease, although there are a number of other potential causes.

What is a stoma bag?

Stoma surgery creates a small opening on the surface of the abdomen in order to divert the flow of faeces or urine from the bowel or bladder. The waste is then collected instead in a stoma bag, which is a pouch made from a soft, waterproof material. Stoma bags fit securely around the stoma and adhere to the abdomen using an attached or detachable flange, which is made from a breathable material like hydrocolloid and fixes to the skin using medical grade adhesives.

The type of bag used depends on the type of stoma

A urostomy is a permanent stoma but some colostomies and ileostomies may be temporary, allowing the bowel to heal before the stoma is reversed.

View and order free samples from our wide range of colostomy bags, ileostomy bags and urostomy bags, as well as stoma accessories and skin care products.